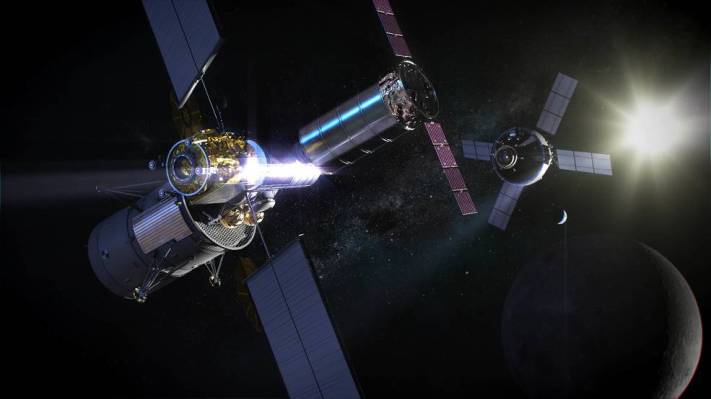 NASA and Hewlett Packard Enterprise (HPE) have teamed up to build a new supercomputer, which will serve NASA’s Ames Research Center in California and develop models and simulations of the landing process for Artemis Moon missions.

The new supercomputer is called ‘Aitken,’ named after American astronomer Robert Grant Aitken, and it can run simulations at up to 3.69 petaFLOPs of theoretical performance power. Aitken is custom-designed by HPE and NASA to work with the Ames modular data centre, which is a project it undertook starting in 2017 to massively reduce the amount of water and energy used in cooling its supercomputing hardware.

Aitken employs second generation Intel Xeon processors, Mellanox InfiniBand high-speed networking, and has 221 TB of memory on board for storage. It’s the result of four years of collaboration between NASA and HPE, and it will model different methods of entry, descent and landing for Moon-destined Artemis spacecraft, running simulations to determine possible outcomes and help determine the best, safest approach.

This isn’t the only collaboration between HPE and NASA: The enterprise computer maker built a new kind of supercomputer able to withstand the rigors of space for the agency, and sent it up to the ISS in 2017 for preparatory testing ahead of potential use on longer missions, including Mars. The two partners then opened that supercomputer for use in third-party experiments last year.

HPE also announced earlier this year that it was buying supercomputer company Cray for $1.3 billion. Cray is another long-time partner of NASA’s supercomputing efforts, dating back to the space agency’s establishment of a dedicated computational modelling division and the establishing of its Central Computing Facility at Ames Research Center.