Like many expecting mothers, Tory Ojeda is excited for the birth of her baby girl – but she has a bit more help along the way than most .

The 20-year-old Jacksonville, Florida native is in a polyamorous relationship with four men. Ojeda told Barcroft Media that while the baby is biologically one of her partner’s, the five of them plan on raising her together as a family.

“But as far as I guess, socially goes, we’re all raising the baby together, so everyone’s dad,” Ojeda told Barcroft Media. “We’re all very, very excited to be raising a baby together.”

Though Ojeda said she’s received criticism from family members and friends about the unique nature of her relationships in the past, the five of them currently live together and have been dating for several years.

According to one of Ojeda’s partners, Christopher, the pregnancy has actually helped his once-hesitant family accept the polyamorous nature of their family. 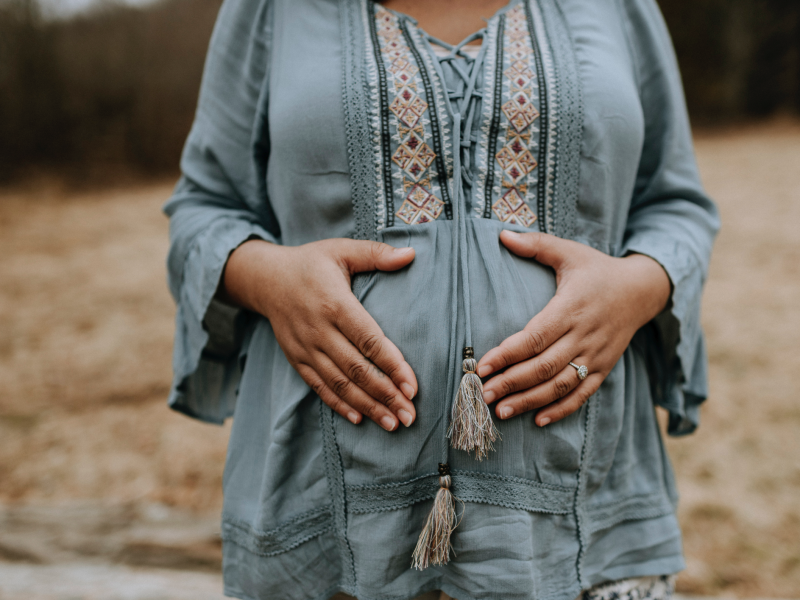 The five all live together in their Jacksonville, Florida home

Ojeda met her first partner Marc in junior high school, and the two began dating when they were in high school.

She became polyamorous after falling in love with her friend of several years, Travis, only a few months after beginning her relationship with Marc, according to Barcroft Media.

Later, Ojeda began dating her friends Ethan and Christopher. After taking a vacation together earlier this year, Ojeda found out that she was pregnant with their daughter. While Marc is the biological father, Ojeda said they plan on raising their daughter as a big family collectively.

Currently, the five all live together and take turns sleeping with Ojeda in her bed to ensure everyone gets equal quality time.

The polyamorous structure of the relationship doesn’t come without jealousy

As with many different kinds of relationships, jealousy can be a problem from time to time – especially in regards to splitting time evenly with Ojeda.

Unlike some polyamorous situations in which all partners have romantic relationships with one another, Tory’s partners are only dating her and not each other.

Despite the jealousy issues, Tory’s partners keep a positive outlook on the dynamic and try to have a healthy approach to dealing with any conflicts that arise. They even told Barcroft Media the open polyamorous nature of their relationships helps curb some of the tension.

Ojeda is currently seven months pregnant and is due to give birth in two months.

While many do not act on their fantasies, 70% of those who have reported feeling very satisfied with their experience and said it exceeded their expectations.